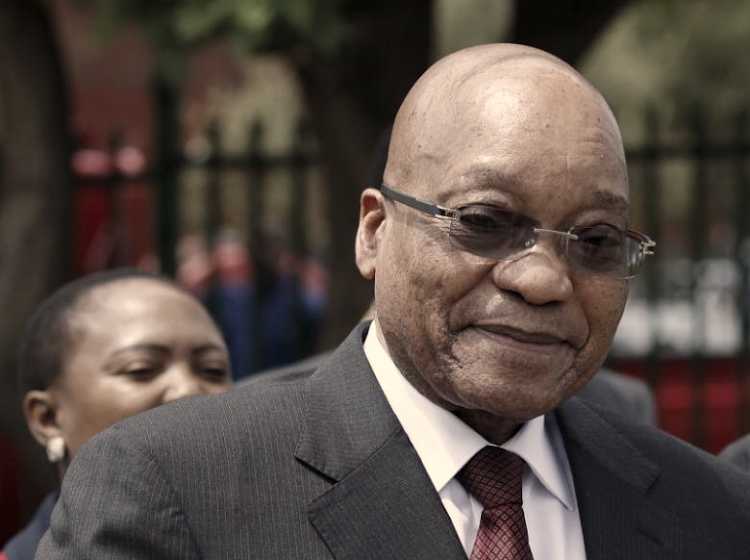 ON A cloudy Sunday, January 8 2012, President Jacob Zuma stood up to deliver the ANC‘s 100th birthday statement in Mangaung, the birthplace of the party.

In the days before the celebration the ANC had spent four days reflecting on its 100 years of struggle and, ultimately, triumph.

Zuma’s speech was long and delivered in his trademark halting, uninspiring style whenever he has to read from a script. But there were some gems in it for those who cared to listen.
He read: “Today we ask ourselves, what has made the ANC survive for 100 years?”

The question was then answered: “It is not an organisation of a few, it is guided by the interests of the nation. It is a people’s organisation. That is why its founders called it the parliament of the people.

“The ANC has well-built organisational structures that make it change with the times and adapt to new conditions. It adheres to serious discipline in general and political discipline in particular and emphasises respect. It has strong internal democratic processes.

“It empowers its cadres politically. It has a culture of open and democratic debate on any matter…It is an organisation that is prepared to learn and also it is conscious of its position as a leader in society.

“The ANC always humbles itself, it is not arrogant. This is what has made the ANC live and lead.”

If Zuma were to say the same things at an ANC rally today even his comrades would laugh at him, for this ANC no longer exists. Indeed, just five years later, it is doubtful that the ANC will ever find itself a united force again.

Today, as a beleaguered, wounded, lonely Zuma mulls a cabinet reshuffle, there are two main ANCs and a few smaller strands. On the one hand there is the small but vociferous and kleptocratic ANC of Jacob Zuma and the Gupta family as sharply outlined in the public protector‘s State of Capture report.

On the other hand there is the ANC of Pravin Gordhan, Cyril Ramaphosa, Zweli Mkhize and perhaps even Gwede Mantashe — the constitutionalist ANC that still bears a resemblance to its glorious past.

The Zuma ANC is all about a small coterie of powerful political players who have their greedy eyes on the wealth of the country. They have grabbed at state entities such as SAA and Eskom, but have not yet managed to put their grubby fingers around the throat of the national treasury.

The most crass example of this ANC was represented by Progressive Professionals Forum leader Jimmy Manyi last week when he made the spectacularly moronic claim in parliament that the Financial Intelligence Centre Act was written to ensure that the ANC is bankrupted before the 2019 election.

Now the ANC won 62.25% of the votes in the 2014 elections and has 249 seats in the 400-member National Assembly who voted overwhelmingly for the adoption of the law.

Manyi, a strident acolyte of the Gupta family and Zuma, had the audacity to tell them that they were voting for the destruction of their own organisation. The stupidity of it boggles the mind.

Last year it looked as though Zuma and his acolytes had been cowed and were being headed off. For a short while, as urban voters took the ANC to task and went for the opposition, it seemed as though these forces of darkness could be pushed back.

It is no longer so. Zuma is emboldened — or is desperate to the extent that he has become reckless — and has been hinting at a cabinet reshuffle since early December.

As he warned then: “The question is if the president takes another decision, are we ready?”

None of these political shenanigans has anything to do with the unemployed, the poor, the desperate or the uneducated. It is about the few, about the enrichment of this small group of people within the ANC who have hijacked the party.

The ANC is now so deeply divided between these two main factions that it is only a matter of time before it experiences its third split under Zuma (Cope and the EFF were the first two).
These two factions were for a while evenly matched. Now the Zuma faction, the ANC of the few not the many, is emboldened and out to deal a killer blow to the Ramaphosas and the Gordhans.

They don’t care much anymore if the rand tanks and the poor suffer. A cabinet reshuffle and its consequences is looming. This year may well be worse, politically and economically, than 2016.

Why the delay for RO plant?

If navigating to van der Riet street was a mission

Today we did Tittle Tattle live from Lara's Eatery

How amazing does this look?! This can be enjoyed a

If you missed out on this on Mother's day, don't m

Mother's day was certainly celebrated in style in

It's a beautiful day after the electric storm last

In today's edition of Talk of the Town newspaper.