Managers who claim credit for their employees’ work and favour some over others are being hauled over the coals in a new workplace survey.

A third of employees in SA had quit their jobs because of their bosses, said CareerJunction, which has released its latest research highlighting the strain between SA workers and their line managers.

“While people want to be able to turn to their managers for help, guidance, career growth and motivation, it turns out that many South Africans have unhealthy relationships with their bosses, which is having a detrimental effect on work morale and productivity, as well as employees’ personal lives,” the online job portal found.

CareerJunction said trust and approachability were obstacles and contributing factors towards so many quitting their jobs as a direct result of skewed relationships with their boss.

The majority of people surveyed said that they didn’t trust their boss and roughly half said they felt confident about approaching their boss with work difficulties.

The most unacceptable behaviour cited was favouritism (44%) and managers who took credit for work that was not their own (13%).

More than a third of managers requested that employees work overtime without pay, 30% denied them a pay rise and 25% were unexpectedly denied a worker’s holiday/leave, the survey found.

Some of the comments shared in the research highlighted inadequate leadership in SA’s workplaces. These included:

“I resigned from my previous job because of the owner that handled people like trash. I didn’t want to leave, and I loved my work, but he never gave me leave or cared about my well-being after everything I did for his business.”

“Very greedy, steals sales & takes credit for other people’s ideas. Loves playing mind games & playing people against each other. His way or the highway.”

“He loves to swear at people, is a bit short-tempered and he is always right, even when he is wrong. We call him Mr Always Right.”

“My boss is very autocratic and is reluctant to change and involve others in the decision-making process. He fails to create harmony in the workplace.”

“Not dealing with work or personal issues has its consequences, so it is no surprise that 27% of employees say they have nightmares, 18% seek mental health support and 12% drink heavily because of their boss’s behaviour,” the survey authors said.

“It also might explain why over 50% of employees never want to socialise with their boss.”

Only 11% rated their boss’s character as “awesome”.

In terms of career development, 58% said they would never follow their current boss to a new company.

“This comes as no surprise, as employees have no faith in their manager’s competencies or character. Only 13% thought their boss had the perfect competencies to do their job well,” CareerJunction commented.

How to become a better manager

When asked to rank the top five important practical things a manager could do to enable a good working relationship with employers, the results were clear.

“Yes, we are friends, but I also know that I work for her and that I need to keep up my performance. I feel that if bosses or managers just remember that their employees are people too and trying to improve their lives, a lot more employees will be happier,” said one survey respondent.

CareerJunction commented: “It’s not all bad news for local managers. A serendipitous insight revealed by the survey was that managers can take solace in the fact that workers agreed that being a boss is stressful (73%) and also admitted that their managers acknowledged their hard work as employees (61%).”

However, “it remains a painful truth that managers need to up their game in terms of looking after their staff if they wish to retain them”.

SA to know ‘in a few days’ how well lockdown has worked: Ramaphosa 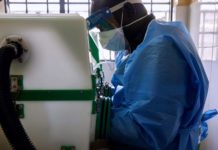 SA to know ‘in a few days’ how well lockdown has...

SA to know ‘in a few days’ how well lockdown has...