The Eastern Cape had 148 new infections,  with a new total of 1,504 coronavirus cases. The province’s new case tally was behind only the Western Cape, which reported 484 new cases.

The Eastern Cape now has the third-highest number of cases in the country, behind the Western Cape and Gauteng, after overtaking KwaZulu-Natal.

No new deaths were reported.

The provincial breakdown is as follows: 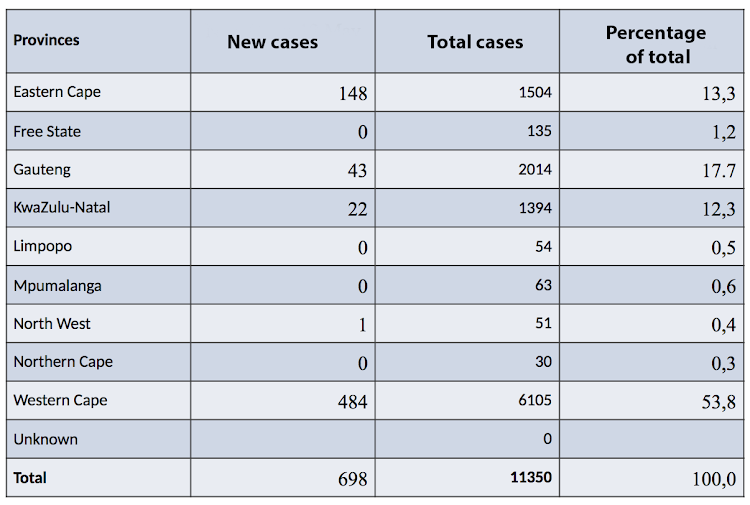