Smokers gathered in their numbers on Wednesday morning, under the banner of #smokersunitesa, to protest against the ban on tobacco.

About 50 smokers participated in a national protest outside the City Hall today with the intention of submitting an electronic memorandum signed by thousands to lift the ban on smoking.

The memorandum will later be submitted to the office of the minister of the department of co-operative governance & traditional affairs.

Jesmique Jacobs, 28, from Central, who is one of the protest organisers, said they were there to have their voices heard.

“People have been affected emotionally, physically and mentally by the ban on cigarettes during the lockdown. We decided to wear orange masks, because we feel we are in prison and our voices aren’t being heard.

“We are here for workers in the tobacco industry who are going to lose their jobs. One of those people is my father. What did Nelson Mandela fight for if we can’t have our right to choose,” she said. 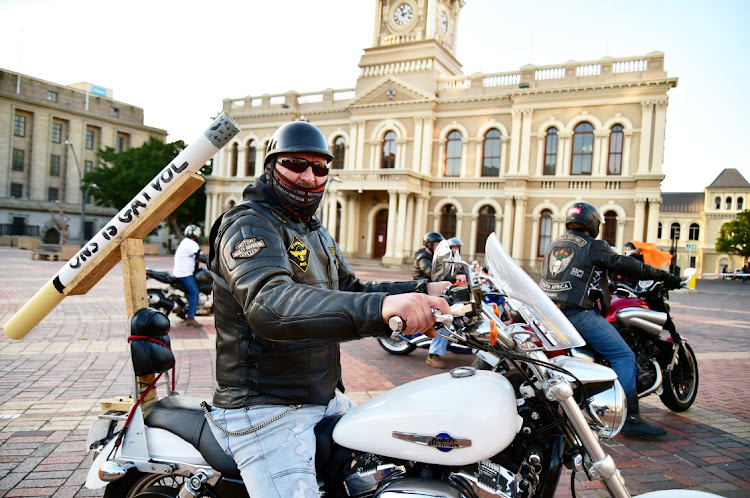 NO JOKE: Bully Kleynhans shows his disapproval of the ongoing ban on cigarette sales in SA during a protest at the City Hall on Wednesday
Image: THE HERALD/EUGENE COETZEE

Chantelle Joubert 35, from Forest Hill, said she had been smoking for 20 years and felt they were being exploited by being forced to pay huge amounts for illicit cigarettes.

“A lot of people had to go through withdrawal symptoms and depression because of the ban,” Joubert said.

“How can we stop the Covid-19 when we have to share a smoke [because of the price]. The government doesn’t understand that these are the people that they are planning to have voting for them.”

‘I just pray that I don’t have Covid-19’: five-week wait for some test results

It's time for another recipe to be posted on our F

Yesterday we showed support to our clients in the

A familiar sight on East beach. The old boiler was

Thursday means Talk of the Town newspaper is out!!

In tomorrow's edition of Talk of the Town newspape

A farewell party to @mauneen3057 who retired today

We sure have beautiful #sunrises in Port Alfred! #

BOOK REVIEW: Throw off the bowlines

Plans to get teachers back to schools on Monday thrown into...