The air force is on standby, schools are closed, swells of up to 12m are expected to hammer the coast and people are being urged to stay indoors.

The worst storm in living memory was not what the Western Cape expected to break the worst drought in a century but yesterday disaster-management teams were preparing for what the provincial government called “extraordinary circumstances” today.

Forecasters warned of gales exceeding 90km/h, at least 50mm of rain in 24 hours and “very high seas” as the storm surge coincided with a spring tide.

“Residents should make real preparations for the storm. They should be prepared to stay inside their homes. Outside, they should tie down their belongings because we are expecting abnormally strong winds.”

The Weather Service issued warnings for several areas in the Western Cape, including the Winelands, the Cape metropole, and the Overberg, saying damaging winds, high seas and flooding could result in loss of life.

The City of Cape Town appealed to people on the Atlantic seaboard – probably the most expensive stretch of real estate on the continent – to take “special precautions to protect their properties”.

And it advised residents anywhere on the coast to consider moving their cars to higher ground. 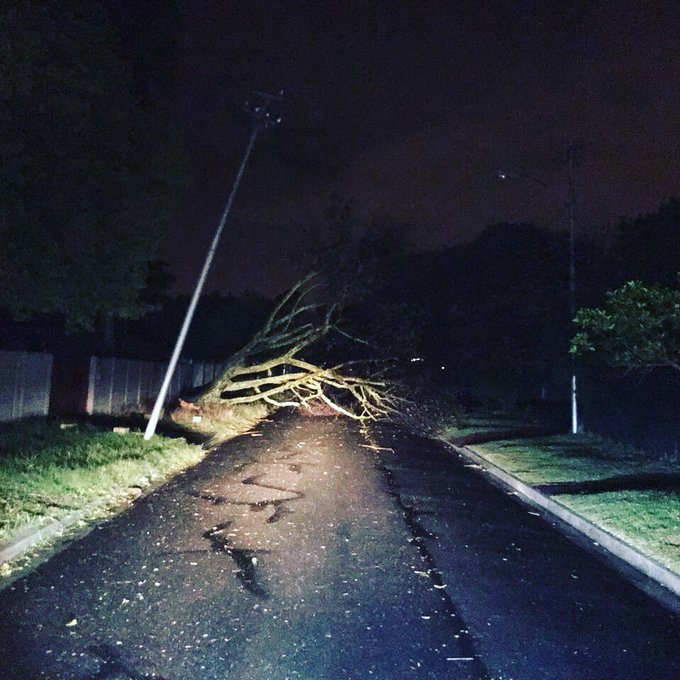 “It is [essential] that the general public stays away from the coastal areas for their own safety,” said Charlotte Powell, of the city’s disaster management centre.

“It is [essential] that the general public stays away from the coastal areas for their own safety,” said Charlotte Powell, of the city’s disaster management centre.

After an emergency cabinet meeting at which the unprecedented decision to close schools today was endorsed, the Western Cape government said: “While our rescue agencies are well-equipped and prepared to handle disasters, we strongly advise people to stay off the roads and remain indoors.

“It is imperative that all measures are taken to avoid harm or loss of life. The work of the emergency rescue services will be made easier if the roads are clear of unnecessary traffic.”

“There are no flights that have been cancelled yet; the individual airlines will make a determination on that,” Davids said.

James-Brent Styan, spokesman for local government, and environmental affairs and development planning MEC Anton Bredell, said the closure of schools followed warnings “that this is going to be the worst storm in 30 years”.

“We are afraid of situations in which children are caught in a flash flood. We are worried about gale-force winds and about the rural areas, where there could be mudslides and roads could be washed away.

“We’ve been advised that it’s safer and a better call to be proactive and close schools.”

“We’ve been advised that it’s safer and a better call to be proactive and close schools.”

Styan said the air force was on high alert but helicopters would not be able to fly in gale-force winds.

“We’ll see what the situation is. The problem is we have a very big province and we don’t know what’s going to happen where. If we need someone to get to Oudtshoorn very quickly, you need a helicopter,” said Styan.

The provincial government said: “We have an open line with the defence force command post in Pretoria should additional aircraft be required for search-and-rescue.

“The Department of Water and Sanitation is monitoring rivers and will provide updates on the [risk of] flooding.

“In case of emergencies, we encourage people to report incidents on 112 or 10177.

“In case of emergencies, we encourage people to report incidents on 112 or 10177.

”We urge the public to desist from sending out unauthorised communications.

This could cause confusion and raise unnecessary panic.

”Under these extraordinary circumstances, disaster management teams are preparing for the worst. In this instance, we err on the side of caution to ensure that all preparations are in place.”

Emergency management services were also put on stand-by in Eastern Cape, with gusts up to 100km/h and waves of between 6m and 9m expected along the Nelson Mandela Bay coast.

“Some showers are expected along the South Coast, but most of the rain will affect the Western Cape. Not much is expected to fall over the Eastern Cape.”

The SPCA appealed to pet owners to keep animals indoors and ensure that those outdoors had adequate shelter.