Sport is an important part of its youth empowerment programme. Athletes compete at provincial, national and even international level.

There were gold medals for NCAL rowers Thembani James, Akhona Quma, Thando Ngoqo and Xolisani Hina at the National Championships in Gauteng, where they beat Buffalo Rowing Club, the University of Johannesburg and the University of Cape Town.

Three Nemato gymnasts and coach Lee Budler went to Egypt to represent South Africa at the African Championships and won the team gold award. Siyabulela Siwa won gold on double mini trampoline. Onke Mangele was superior in trampoline but, according to NCAL founder Jan Blom he was the victim of biased judging, which unfortunately cost him his qualification for the Youth Olympics in Buenos Aires.

NCAL has been awarded academy status by the South African Olympic Committee.

“This is due to the great achievements of our trampoline gymnasts,” said a proud Blom. “It is fantastic news that we are now recognised as a gymnastics academy.”

Bronze in Zambia for handball

Brothers Lihle and Lifa Nxobo went to Zambia with the South African team for the Zone 6 Championships. “Congratulations on the bronze medal, our first international handball medal,” said Blom.

SuperSport TV came to Nemato to film NCAL fencers about participating in the National Ranking Competitions.

The NCAL fencing team went to an inter-provincial competition in George. It was the first time it returned home with the trophy for the best club at a fencing competition. 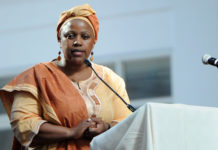 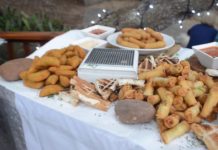