Following the recent judgement by the Constitutional Court, there has been some uncertainty as to what the ruling on the private use, possession or cultivation of cannabis (cannabis sativa, cannabis indica and cannabis ruderalis sub-species, also known as marijuana, pot, weed, and dagga, among other names) is now legal.

The ruling applies only to adults who wish to grow or consume/ingest cannabis in private for that adult’s personal consumption. It is strictly prohibited to use cannabis in public or even in a private place if non-consenting adults or children are present. The laws regarding the sale and purchase of cannabis have not changed and anyone found to be dealing in cannabis can be charged as previously.

Explicitly stated by the court was that this ruling only applied to adults and that children are specifically excluded. The court also stated that, “we have no intention of decriminalising dealing in cannabis.” You may therefore not sell or purchase cannabis as this is still an offence and will be prosecuted.

What all this means is that an adult may smoke or otherwise consume cannabis in a private place provided there are no dissenting adults or children in that private place. The definition of what constitutes a private place is still under review but is assumed to mean a place not open to the public such as a private dwelling. Questions as to whether cannabis users are able to smoke at, say, an open-air concert (provided there are no dissenters or children in the vicinity) are still being discussed. It certainly means that no one may walk down a public road using cannabis.

Other questions being raised is whether a person carrying a quantity of cannabis on their person in a public place, for example, walking in a street, is illegal. And what limits the quantity of cannabis a person may carry on their person or even keep at home that might violate this change to the constitution? In line with this, how much is one allowed to cultivate before this is regarded as being unlawful?

People also want to know if possession of cannabis discretely but in a public place is still unlawful. A cross-appeal was upheld and, according to the Constitutional Court, its ruling does not confine the permitted use, possession or cultivation of cannabis to a home or a private dwelling. The term “in private” is, therefore, the maxim; otherwise, it would be illegal for a person to leave home in possession of cannabis because, as they stepped over the threshold, they would be guilty of a crime. The court declared this unreasonable in an open and democratic society based on human dignity, equality and freedom.

The court also declared that a person may not cultivate cannabis except for their own personal consumption. The amount of cannabis allowed for personal use has not been defined and is left to the courts to decide how much violates this ruling. 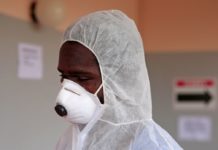 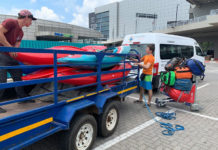 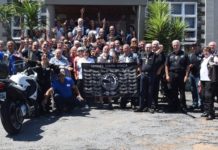 PODCAST: Eight steps into the clutches of a monster — where...

PODCAST: Eight steps into the clutches of a monster — where...