Democratic Alliance leader Mmusi Maimane wants to go back to Zambia‚ from where he was deported on Thursday‚ to show his support for jailed opposition leader Hakainde Hichilema.

Maimane arrived at the Zambian High Commission in Pretoria on Friday morning to demand answers as to why he was thrown out of the country.

“I want to go back and stand side-by-side with them‚” Maimane said.

He travelled to Lusaka on Thursday‚ to attend the trial of Hichilema‚ which was due to start on Friday.

Hichilema‚ who narrowly lost to Lungu in August 2016 presidential election‚ was charged with treason after he allegedly refused to move his motorcade for Lungu’s.

Prior to Maimane’s arrival at the Zambian High Commission‚ groups of protesters — some supporting Zambian President Edgar Lungu and others opposed to him — maintained a presence in front of the building. Police tape kept the small groups apart.

As Maimane spoke‚ saying he stood with Hichilema‚ the pro-Lungu protesters booed in an attempt to drown out the DA leader.

Maimane expressed concern that the Zambian pro-Lungu protesters were free to protest in SA‚ but that Zambians were not free in their own country.

“When I went to Zambia I was reminded of what a dictatorship is‚” Maimane said.

Maimane travelled with his private passport. He said he had wanted to support his friend.

Of the altercation on Thursday‚ Maimane said Zambian officials came onto the aircraft‚ a South African Airways flight‚ “manhandled us” and refused to allow them access to legal representation.

The DA leader said there were about 20 officials who stormed the aircraft‚ identified him and told him that he was denied entry into Zambia.

He said the altercation‚ in which his cellphone and iPad were taken off him‚ lasted about an hour.

“All I simply wanted was to arrive to stand side-by-side with a friend‚ a fellow comrade‚ somebody who stands with the rule of law in Zambia.”.

Maimane emphasised that the charge of treason that Hichilema is facing could result in capital punishment.

After a meeting at the High Commission‚ Maimane said he was still demanding the release of Hichilema‚ and that he wished to attend the next court appearance.

He said nobody could give him reasons so far as to who gave the instructions to bar him from the country. He said he has asked the South African authorities to write to the Zambian government seeking an explanation as to why he was denied entry into that country. 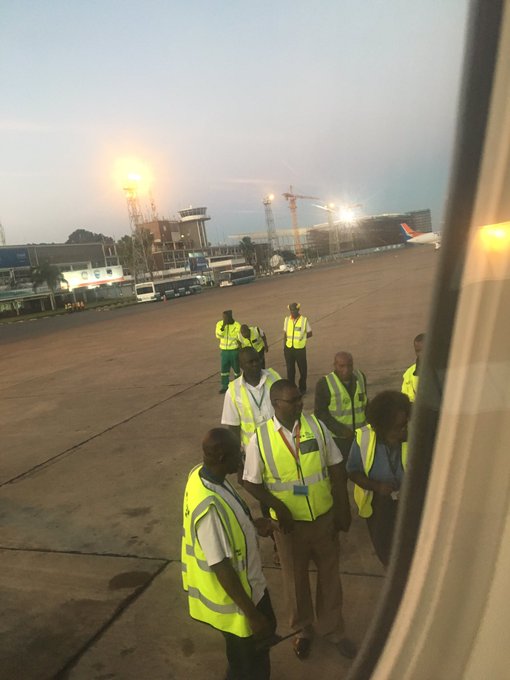 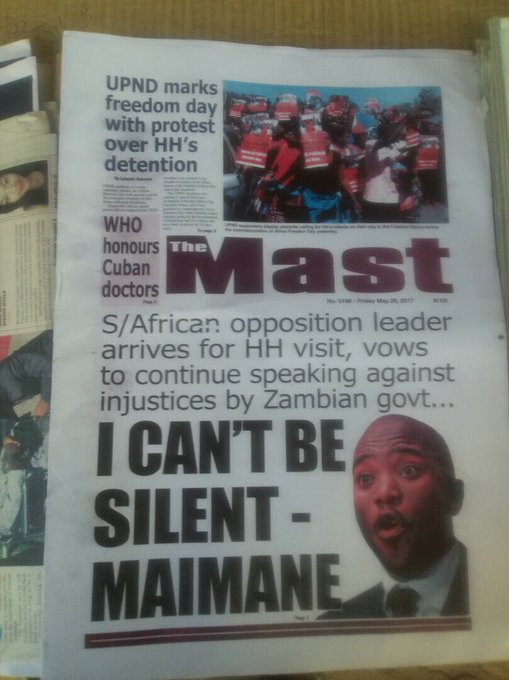