On Saturday day night the provincial count rose to 732 with no new deaths. To date the Eastern Cape has had 13 deaths and 275 recoveries.

The latest provincial breakdown of confirmed cases, by district, is: 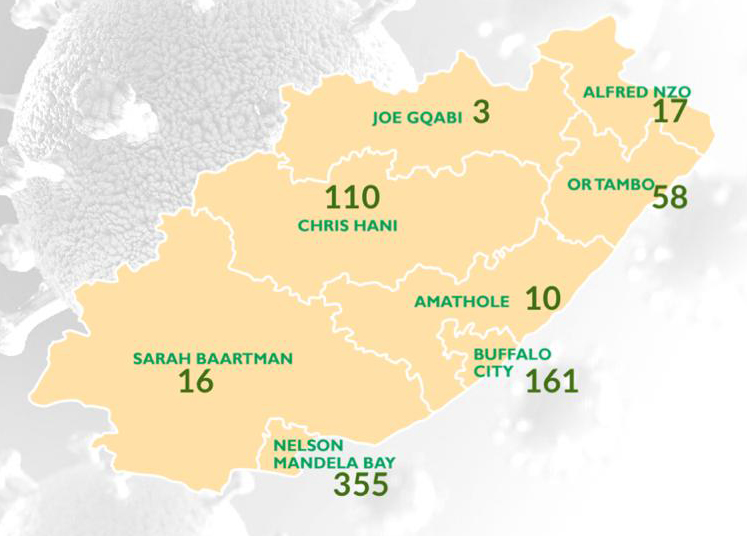 What will Ramaphosa do? DA lashes out at government over record...