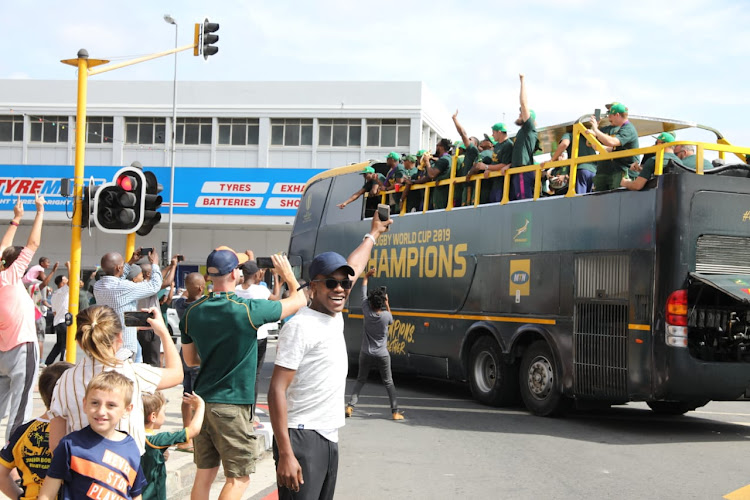 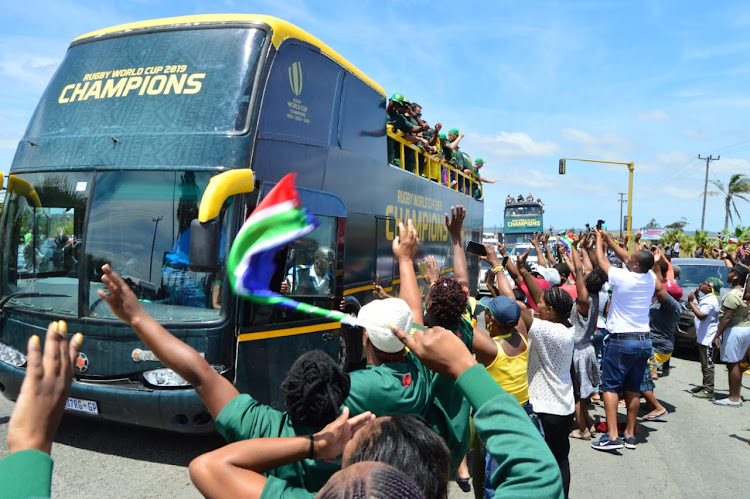 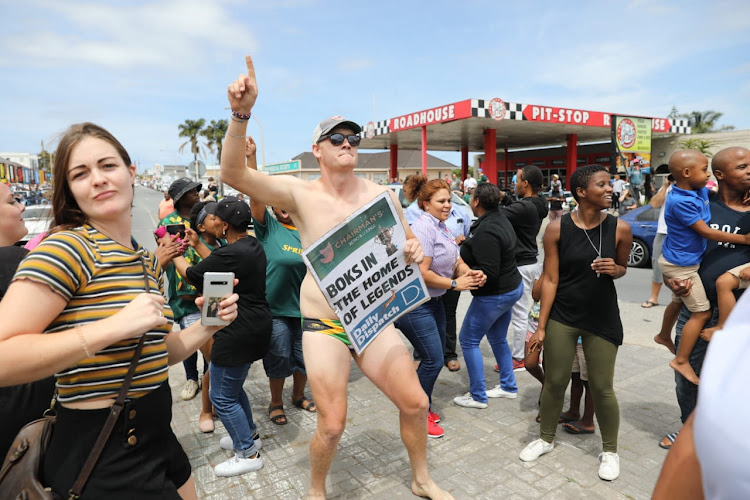 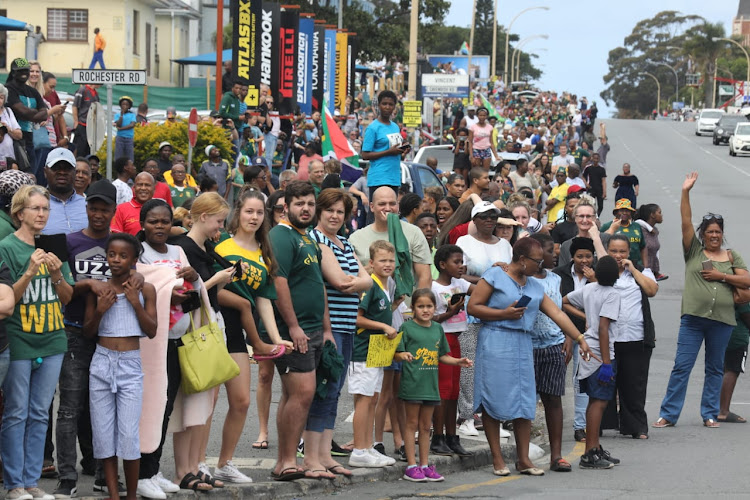 Thousands of EL supporters cheered on the 2019 Rugby World Cup champions as they paraded through the streets of East London on Saturday.

The seven-day countrywide tours started on Thursday and have already seen the team show off the William Webb Ellis Cup in Pretoria, Johannesburg, Soweto and Durban.

Watch | The Springbok team are on the move.

Thousands of fans have showed up to see the 2019 RWC champions parade the William Webb Ellis Cup in the streets of East London on Saturday.

During the East London tour, the Boks visited East London City Hall where a sea of green and gold awaited.

Making their way to Mdantsane, the Boks drove through Duncan Village where children chased after the convoy for more than 10 km to catch a glimpse of their heroes.

WATCH | An electrifying mood sweeps over EL as thousands of Bok supporters wave to their heroes.

Groups of people have already gathered in Buffalo Flats, along the Mdantsane Access Road and the bottom of Woolwash Road in anticipation of the 2019 RWC champions. pic.twitter.com/mgwph4v4dK

The convoy also made its way through Buffalo Flats, where eager supporters had been waiting in anticipation for more than an hour.

WATCH | The RWC champions make their way through Buffalo Flats as excited fans cheer them on. pic.twitter.com/gG7p6lxujB

Vincent and Nahoon residents will also see 2019 RWC  champions tour through their suburbs on Saturday.

In eager anticipation, one adoring Bok fan, Ian Donovan, went all out and wore the South African flag speedo, similar to the one made famous by Springbok Faf de Klerk when the Springbok team won the RWC.

When asked about his chosen outfit, Donovan said he’d be cheering on the champions in his South African flag speedo because he loved the Boks and the vibe in East London.

“And I see its appropriate to wear speedos in public now… let’s go bokke!” said Donovan.

WATCH | Why EL local, Ian Donovan is going all out for the Boks pic.twitter.com/b1znknf9jj

WATCH | Bok supporters sing and dance in Vincent in anticipation of the Bok convoy.

The Boks brought Devereux Avenue to a halt as they paraded through  Vincent, before they were welcomed by some East London ‘gees’ in Nahoon.

WATCH | Devereux Avenue was brought to a standstill as the Boks paraded the William Webb Ellis cup in Vincent.

After East London, the Boks will travel to Port Elizabeth.

Welcome to Talk of the Town’s acting manager

A first catering function by Candy'licious for the

Whether you are in Kenton or Port Alfred, a visit

Welcome to Continental Restaurant and pizzeria. A

KZN ‘shutdown’ gets under way as ANC is presented with list...

Welcome to Talk of the Town’s acting manager

Andile Lungisa opts to stay in jail despite being granted bail